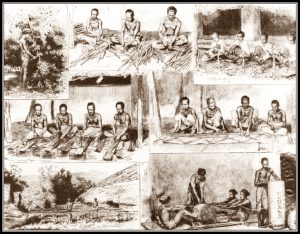 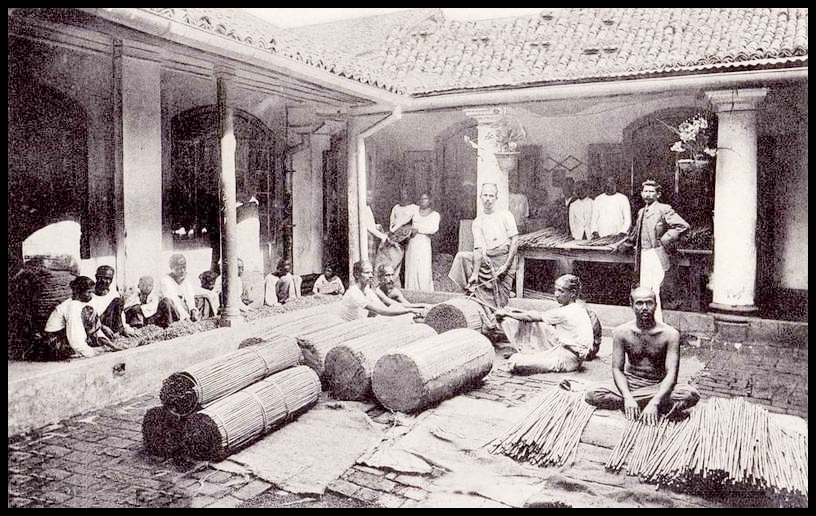 Ceylon Cinnamon has been known for hundreds if not centuries. It was particularly prized for its health in the middle east. Ancient Egyptians used it as long ago as 2000 BCE and even the Bible makes mention of Cinnamon in proverb 7:17 when it says ” “I have sprinkled my bed With myrrh, aloes and cinnamon “. While its source was kept a mystery by the traders to their source, today it is well known that Cinnamon came from the tiny Island of Sri Lanka located at the tip of India. This is the true home of Cinnamon.

Cinnamon was a component of the Ketoret which is used when referring to the consecrated incense described in the Hebrew Bible and Talmud. It was offered on the specialized incense altar in the time when the Tabernacle was located in the First and Second Jerusalem Temples. The ketoret was an important component of the Temple service in Jerusalem. It was so highly prized among ancient nations that it was regarded as a gift fit for monarchs and even for a god: a fine inscription records the gift of cinnamon and cassia to the temple of Apollo at Miletus. It is also alluded to by Herodotus and other classical writers.

It was too expensive to be commonly used on funeral pyres in Rome, but the Emperor Nero is said to have burned a year’s worth of the city’s supply at the funeral for his wife Poppaea Sabina in AD 65.[10] Before the foundation of Cairo, Alexandria was the Mediterranean shipping port of cinnamon. Europeans who knew the Latin writers who were quoting Herodotus knew that cinnamon came up the Red Sea to the trading ports of Egypt, but whether from Ethiopia or not was less than clear. When the Sieur de Joinville accompanied his king to Egypt on crusade in 1248, he reported what he had been told—and believed—that cinnamon was fished up in nets at the source of the Nile out at the edge of the world.

Through the Middle Ages, the source of cinnamon was a mystery to the Western world. Marco Polo avoided precision on this score. In Herodotus and other authors, Arabia was the source of cinnamon: giant Cinnamon birds collected the cinnamon sticks from an unknown land where the cinnamon trees grew and used them to construct their nests; the Arabs employed a trick to obtain the sticks. This story was current as late as 1310 in Byzantium, although in the first century, Pliny the Elder had written that the traders had made this up in order to charge more.

The first mention of the spice growing in Sri Lanka was in Zakariya al-Qazwini’s Athar al-bilad wa-akhbar al-‘ibad (“Monument of Places and History of God’s Bondsmen”) in about 1270.This was followed shortly thereafter by John of Montecorvino, in a letter of about 1292. Indonesian rafts transported cinnamon (known in Indonesia as kayu manis- literally “sweet wood”) on a “cinnamon route” directly from the Moluccas to East Africa, where local traders then carried it north to the Roman market. Arab traders brought the spice via overland trade routes to Alexandria in Egypt, where it was bought by Venetian traders from Italy who held a monopoly on the spice trade in Europe. The disruption of this trade by the rise of other Mediterranean powers, such as the Mamluk Sultans and the Ottoman Empire, was one of many factors that led Europeans to search more widely for other routes to Asia.

Portuguese traders finally landed in Ceylon (Sri Lanka) at the beginning of the sixteenth century and restructured the traditional production and management of cinnamon by the Sinhalese, who later held the monopoly for cinnamon in Ceylon. The Portuguese established a fort on the island in 1518 and protected their own monopoly for over a hundred years.

Dutch traders finally dislodged the Portuguese by allying with the inland Kingdom of Kandy. They established a trading post in 1638, took control of the factories by 1640, and expelled all remaining Portuguese by 1658. “The shores of the island are full of it”, a Dutch captain reported, “and it is the best in all the Orient: when one is downwind of the island, one can still smell cinnamon eight leagues out to sea.” The Dutch East India Company continued to overhaul the methods of harvesting in the wild and eventually began to cultivate its own trees.

In 1767, Lord Brown of East India Company established Anjarakkandy Cinnamon Estate near Anjarakkandy in Cannanore (now Kannur) district of Kerala, and this estate became Asia’s largest cinnamon estate. The British took control of the island from the Dutch in 1796. However, the importance of the monopoly of Ceylon was already declining, as cultivation of the cinnamon tree spread to other areas, the more common cassia bark became more acceptable to consumers, and coffee, tea, sugar, and chocolate began to outstrip the popularity of traditional spices.